Known for his artistic reconfigurations of well-known iconic images selected from the history of art, from Leonardo Da Vinci’s Mona Lisa to Pablo Picasso’s Guernica, Wolfe von Lenkiewicz’s post-historical practice carefully examines the linearity of historical perspective embedded within our visual understanding of the past. Described alternatively as both ‘an unbound geneticist turned artist’ and ‘a contemporary iconoclast’, his art practice occupies a space outside our traditional conception of history to become a fulcrum between different ages and new form of visual language. A hybrid aesthetic that challenges notions of authorship, Lenkiewicz employs a high level of craftsmanship usually associated with the Old Masters combined with a twenty-first century view on the possibilities of image manipulation. Overturning the tendency to categorise or insert artworks into particular ‘-isms’ his art practice allows us to appreciate the organic development of art over the centuries in which various styles and perspectives overlap and intertwine through time.

Wolfe von Lenkiewicz was born in Dartmoor in 1966 and is a British artist of German and Polish descent. He studied Philosophy at York University, graduating in 1990, and is the son of the painter Robert Lenkiewicz and great grandson of Baron von Schlossberg, court painter to King Ludwig II of Bavaria, the Swan King. Lenkiewicz lives and works in London.

…and many others places 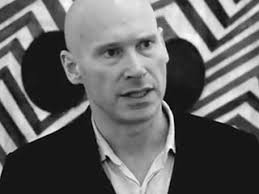