Lucy + Jorge Orta, Antarctica embodies utopia: a continent whose extreme climate requires mutual aid and solidarity, independence of research, sharing and collaboration for the good of the planet. A place of immaculate whiteness, it concentrates all the wishes of humanity to spread a message of hope to future generations. In 2007, thanks to a commission from the “End of the World” Biennale in Ushuaia, the artists embarked on an extraordinary expedition to Antarctica aboard the Hercules flight KC130. During the months of February-March (the end of the austral summer), with the help of the logistics team and scientists living in the Antarctic Base Marambio, Orta have set up their ephemeral installation, Antarctica Village. It consists of 50 shelters and domes and symbolically welcomes people who have crossed borders to gain freedom of movement. Each shelter is sewn by hand by a traditional tent maker with sections of flags from different countries, on which are superimposed clothing representing the multiplicity and diversity of people. 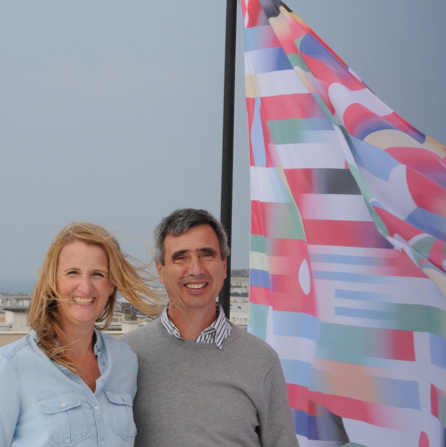