Pelagie Gbaguidi (France / Bénin) will present a performative lecture as well as the video Somewhere in the world which is part of his research on subjects such as (post) colonialism and the revelation of the process forgotten in history. Pelagie Gbaguidi questions “the border or the masquerade of power. Who defines the boundaries? What are their limits ? The last centuries were illustrated by the conquests of ideological fortifications

politics and economics around the world. At what point is the individual involved in their edifications or their deconstructions? At what point can this whole concept hinder or enrich our way of thinking. We have to build the crumbling world. An intangible and material language needs to be reinvented, to be renewed. So if everyone actively participates, borders can free up spaces for communication in the very place where cultures coexist. The eye to spot imbalances, the courage to denounce the flaws in a system, the courage to readjust values ​​and traditions in space-time. Somewhere in the World is a witness film that gives food for thought on the excesses of the representation of the other and the avatars of the colonial past. “ 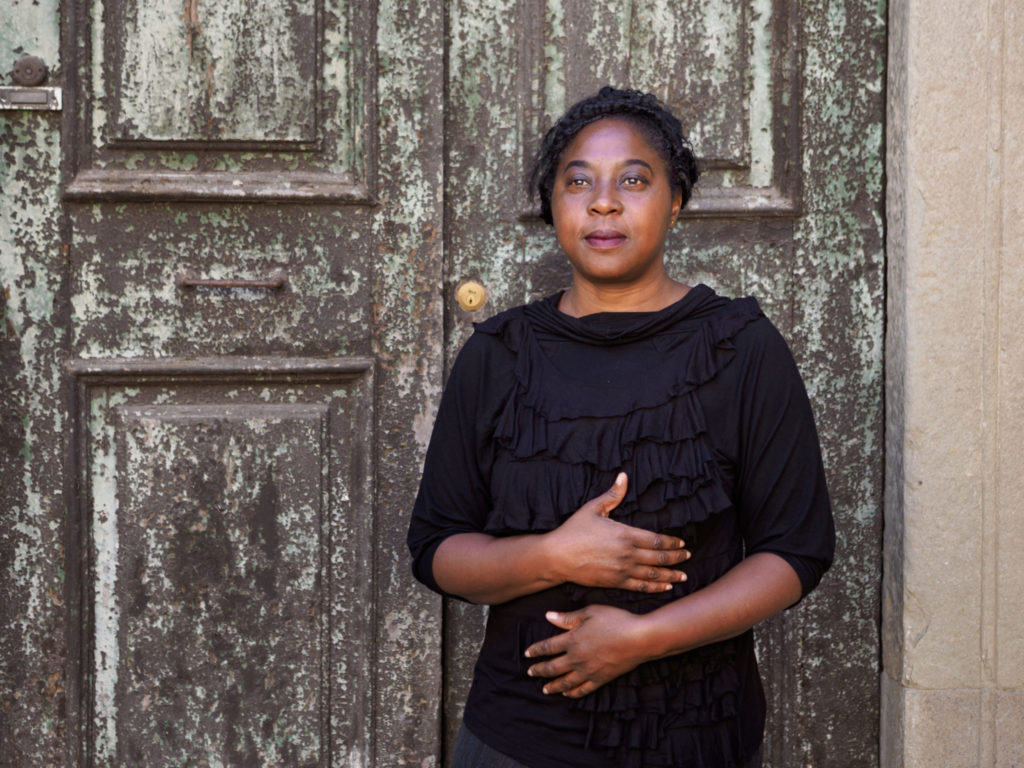